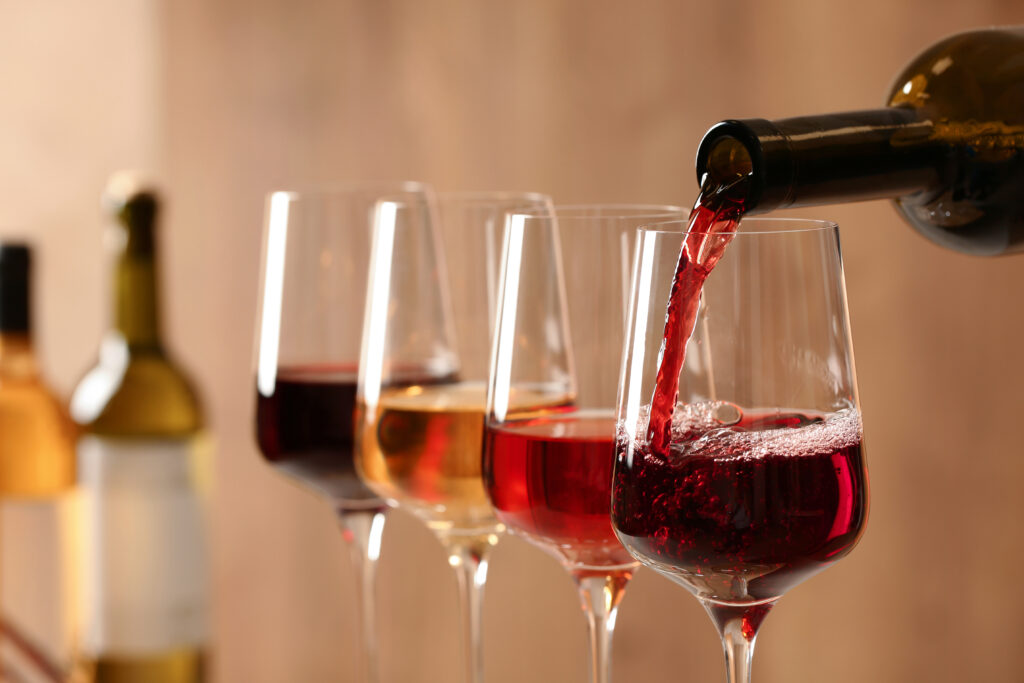 The Charlevoix Moon Vineyard was planted with a variety of cold hardy and cold tolerant grapes that not just survive, but thrive in the cold climate of Northern Michigan. The Charlevoix Moon estate grown grapes were selected because of their ability to winter over well in below zero temperatures, bud later in the frosty Spring, and ripen early in the Fall so they produce rich full-bodied wines.

Riesling. This vinifera grape is a favorite of Germany, having originated in the Rhine Region as early as the 15th century. While there is some risk in growing Riesling grapes this far north in Michigan, the reward is great aromatic Riesling wines that are crisp and bright. We specialize in Trocken (dry) and Feinherb (medium dry) Riesling wines that reflect our climate and terroir.
Marechal Foch. The Marechal Foch cold climate red wine grape was developed in the Alsace Region of France in the late 1800s and was eventually named after the French Marshall Ferdinand Foch, a key military figure during the closing of World War I. Foch is an early ripening grape that produces a richly colored lush red wine that dispels the perception that Michigan red wines are not comparable with other regions.
Cayuga White. A French-American hybrid grape, the Cayuga White was developed by Cornell University back in the 1940â€™s and is highly regarded for the light citrus-tinged wines that are produced from this mid-season ripening white wine grape. Cayuga White vines can be intimidated by extremely cold winters so there are very few grown this far north.
Petite Pearl. This relatively new cold-hardy red wine grape was developed by a private researcher in Minnesota. We were looking for a true cold hardy grape for extra insurance against cold winters and we got that plus an excellent ripening low acid red wine grape that produces wine with complex aroma and flavor. Look for our first single varietal Petite Pearl red wine to be released in 2020.
Other Grapes Sourced. We also seek out other varieties of grapes grown in Northern Michigan to complete our wine making portfolio every year. We look for growers in Northern Michigan that have the same passion we do for producing best in class wine grapes. Some of the varieties we source include Marquette, La Crescent, Traminette, Cabernet Franc, and Blaufrankisch.

Monday through Thursday By appointment